The Benefits of Membership

Not a Member yet?

Signing up is easy. After registration you will instantly receive an email with an activation link. Once we have approved your signup (which may take some days), you can log in to the community website.

Log in to begin browsing the members areas and interacting with the community.

YESS was again present at the annual meeting of the German Climate Consortium (DKK) in Berlin. The DKK represents the leading players of German climate and climate impact research encompassing more than 20 renowned research organizations. With “The role of climate science in society, politics and media”, the meeting strongly focused on the exchange of information between climate scientists and each of the three mentioned target groups, to which one session was dedicated each.

For society, climate change represents one of a multitude of challenges that need to be addressed in the coming years and decades. Despite the fact that many of them are connected to climate change, climate scientists need to mind that other substantial challenges exist and might to some extent be preferably addressed (problem-monism). Therefore, interdisciplinary thinking and communication is key to act efficiently. 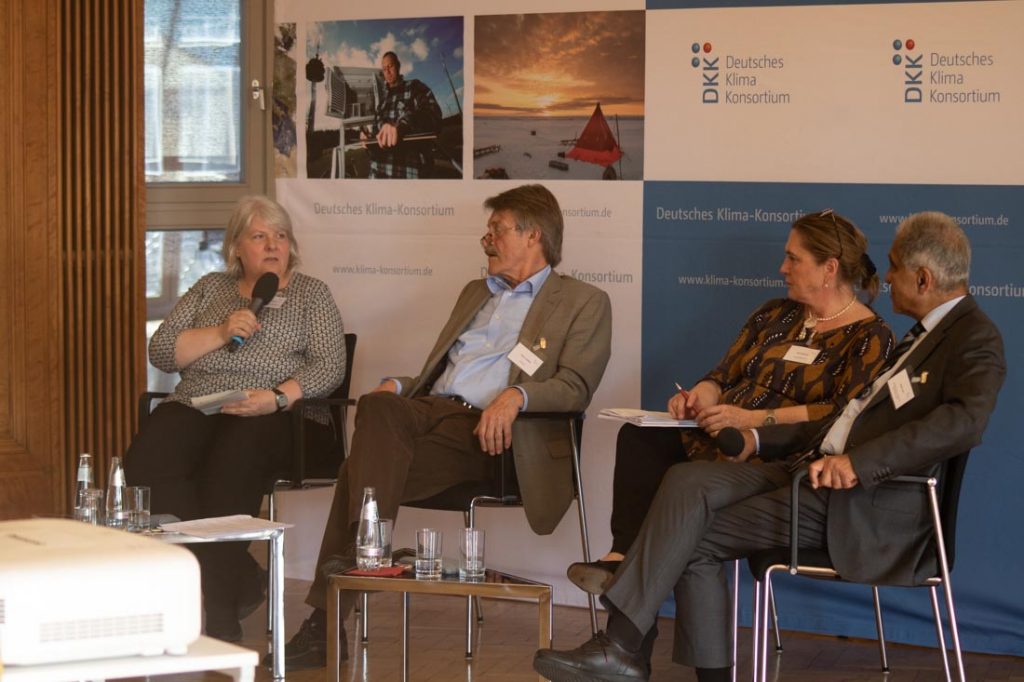 In the second session, two German politicians were asked what they generally expect from climate scientists. They replied, they want climate scientists to convey clear messages, to focus on the most relevant challenges, to carry out research interdisciplinarily, and to foster regular, mutual communication between politics and climate science. Overall, they felt well informed about climate change by climate scientists. Nevertheless, there still exists a significant gap between targeted objectives of politicians and actual progress in reducing carbon emissions.

With the advent of social media and alternative online news platforms, the classical media based on print journalism face tremendous challenges. New payment models are needed in order to sustain the quality journalism as it is known so far. Also, it was controversially discussed whether news articles should always contain the opposite standpoint, for example climate scientist versus climate change denier. There was mainly consent that climate scientists should make more use of social media promoting their results.

The meeting provided interesting insights into recent challenges of climate sciences in exchange with society, politics and the media, and how to address those. We thank the DKK for the invitation to attend the meeting and for supporting YESS.