The Benefits of Membership

Not a Member yet?

Signing up is easy. After registration you will instantly receive an email with an activation link. Once we have approved your signup (which may take some days), you can log in to the community website.

Log in to begin browsing the members areas and interacting with the community.

“As the next generation of climate scientists, we are dedicated to overcome the challenges outlined in this summary and are looking forward to advancing CLIVAR’s mission and activities”.

On the occasion of the 20-year anniversary of Climate Variability and Predictability (CLIVAR), a three-day event associated with the CLIVAR Open Science Conference was held in Qingdao, China, during September 2016.

The meeting report on the CLIVAR Early Career Scientists Symposium 2016 has been published in the Nature Partners Journal Climate and Atmospheric Science and can be found here. 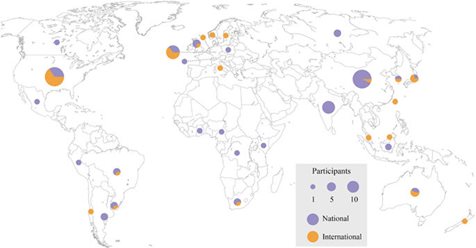